Activities undertaken by JointHealth™ and its parent organization, Arthritis Consumer Experts, are guided by an Advisory Board, made up of leading scientific and medical experts and people living with arthritis. Current members are: Ad-hoc advice is sought from other experts, as required. 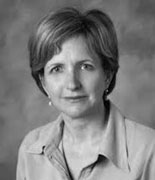 Dr. Mosher is a past president of the Canadian Rheumatology Association (CRA) where she led the development of several national initiatives including Standards for Arthritis Prevention and Care, a national standard for consistent and equitable access to evidence-based treatment. She was awarded the CRA Distinguished Rheumatologist Award in 2008 and the Governor General of Canada’s Queen Elizabeth Diamond Jubilee Medal to honour her significant work in the area of arthritis care in Canada. Under Dr. Mosher’s leadership, the Arthritis Alliance of Canada released a framework for improving arthritis prevention and care in 2012.

Dr. Mosher’s research interests are primarily in clinical epidemiology with a focus on models of care for arthritis and outcome measures for patients with inflammatory arthritis. Her appointments include: 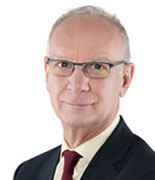 Dr. John Esdaile
John Esdaile, MD, MPH, FRCPC, FCAHS, MACR is the Scientific Director of Arthritis Research Canada (ARC). He is an internationally respected rheumatologist who spearheaded the creation of ARC. He completed his undergraduate medical training at McGill University in Montreal, Quebec, and went on to post-graduate training in Montreal, Toronto, and London, England. He returned to the Montreal General Hospital where he was responsible for setting up a clinical post-graduate program in rheumatology. He subsequently went on to study under Alvan R. Feinstein of the Robert Wood Johnson Clinical Scholar’s Program at the Yale University School of Medicine and to obtain a Master’s of Public Health Degree from Yale.

Upon his return to McGill University, Dr. Esdaile was named Director of Rheumatology, initially at the Montreal General Hospital and subsequently for the University. He played a key role in the rapid expansion and success of the Clinical Epidemiology Unit at the Montreal General Hospital. Over the ensuing decade, the clinical epidemiology group grew from a tenure track faculty of four to more than a dozen faculty members with a total staff of 50.

In 1996, Dr. Esdaile accepted the positions of Head of Rheumatology at the University of British Columbia and Director of Research at The Arthritis Society, BC & Yukon Division. Dedicated to expanding Canada’s role in arthritis research, Dr. Esdaile was largely responsible for developing and establishing Arthritis Research Canada, of which he was named Scientific Director.

Dr. Esdaile has authored more than 250 publications in refereed journals, as well as more than two dozen books and book chapters. As one of five principal investigators, Dr. Esdaile was successful in receiving funding for the Canadian Arthritis Network, a federally funded Networks of Centres of Excellence, providing more than $40 million over ten years for arthritis research. This grant involves more than 150 scientists from across Canada, including many from BC.

Dr. Esdaile received the Distinguished Investigator Award at the 2005 Canadian Rheumatology Association meetings in Quebec. In 2006, he was named a Kirkland Scholar by the Kirkland Foundation in New York, NY and in 2007 he was elected a Fellow of the Canadian Academy of Health Sciences. In 2012, Dr. Esdaile received a Master Designation from the American College of Rheumatology, which is one of the highest honours the college bestows to members who have made outstanding contributions to the field of rheumatology. And in 2013 he received the Jonas Salk award for lifetime achievement, Sanofi Pasteur and March of Dimes. 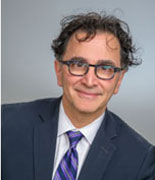 Dr. Kam Shojania
Kamran Shojania, MD, FRCPC graduated from the University of British Columbia (UBC) medical school in 1989. In 1993, he completed his specialty training in Internal Medicine at UBC and worked as Chief Medical Resident at Vancouver General Hospital. He subsequently completed his fellowship in Rheumatology in June 1995 at UBC and was awarded a Canadian Arthritis Society scholarship in 1995.

He has been in rheumatology practice since 1995 and is on staff at St. Paul's Hospital and Vancouver General Hospital. 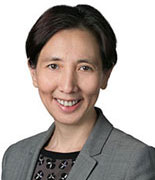 Dr. Linda Li
Linda Li, BSc(PT), MSc, PhD is a Senior Research Scientist of Clinical Epidemiology at Arthritis Research Canada. She is a Professor in the Department of Physical Therapy, University of British Columbia. She earned a Bachelor of Science in Physiotherapy at McGill University and Master’s of Science at the University of Western Ontario. She earned a Doctorate in Clinical Epidemiology at the University of Toronto in 2004. Two years later, she completed a CIHR-funded Post-doctoral Fellowship in knowledge translation at the Ottawa Hospital Research Institute. In 2006, she was the first rehabilitation professional appointed as Harold Robinson / Arthritis Society Chair in Arthritic Diseases.

Dr. Li’s research centers on improving the care for people with arthritis and empowering patient self-management. Her work focuses on the integration of online, mobile, and wearable tools in health care. Examples of her work include the use of interactive decision aids for improving communication between patients and health professionals, and the use of wearables and apps to personalized physical activity levels for patients. Dr. Li’s work in knowledge translation has also led to new studies on the benefits of engaging patients and the public in the full spectrum of research process. 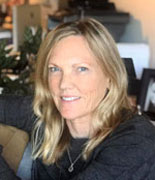 Cheryl Koehn
Ms. Cheryl Koehn is an arthritis advocate, community leader, published author and rheumatoid arthritis survivor for 31 years. She has dedicated her life to helping others living with arthritis as well as people with other chronic diseases. She is the founder and president of Arthritis Consumer Experts, a national, patient-led organization that provides science-based information and education programs in both official languages to people with arthritis. She served as Founding Chair of the Consumer Advisor Council of the Canadian Arthritis Network and was the Patient Co-Chair of the Summit on Standards for Arthritis Prevention and Care. Ms. Koehn was the first patient to be named to a federal scientific peer review committee as full voting member and she currently serves as the patient-public member on the Canadian Institutes of Health Research Standing Committee on Ethics (reporting to Governing Council).

Ms. Koehn served as the consumer (patient) representative board member of the Arthritis Alliance of Canada, is a past board member of the Arthritis Research Canada and served in a leadership capacity on numerous other national organizations and committees. As one of North America's leading arthritis advocates, Ms. Koehn provides a patient perspective on arthritis health and policy issues across Canada to governments, private payers, healthcare professionals, and media. She is frequently invited to speak at national and International arthritis and health-related conferences. As founder and president of Arthritis Consumer Experts, Ms. Koehn has led the development of numerous information and education innovations to the arthritis community, including the ArthritisID and Arthritis ID PRO iPhone apps, the blog site Arthritis Broadcast Network, the annual report card on provincial formulary performance for inflammatory arthritis medications, Canada's Best Workplaces for Employees Living with Arthritis Award, and most recently, JointHealth™ Education, a series of on-line “courses” graduating today’s modern arthritis patient.

Along with co-authors Dr. John Esdaile and Taysha Palmer, Cheryl Koehn authored Rheumatoid Arthritis: PLAN TO WIN, published by Oxford University Press in January 2002. She lives in Vancouver, British Columbia, Canada, where she enjoys ocean swimming, indoor and road cycling and walks with friends and her faithful dog, Molly. 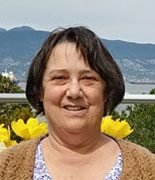 Kelly English
Kelly English has been a member of the Arthritis Patient Advisory Board of Arthritis Research Canada (ARC) since 2013 and a co-chair since 2017. Belonging to ARC’s Patient Board has improved her quality of life by giving her a chance to help shape research. The researchers have welcomed her as a participant in research but also as a patient-partner in research. Kelly has participated in focus groups for medication adherence, exercise motivation with a Fitbit and with limited coaching from a physio, walked 10 blocks a day and tested a health journal, as well as others.

As a patient-partner, Kelly has participated on a team composed of a scientist, a trainee and several patients to develop a framework for Patient Engagement in Research which can be used by many disease groups – not just arthritis. She is on several other projects as a team member as well.

With the support of her fellow board members, she has attended rheumatology conferences, written newsletter articles, learned to tweet and had numerous speaking engagements. A very big challenge for her was a poster she wrote for the American College of Rheumatology on how being a participant as a research partner has improved her quality of life with arthritis. One recent experience was with Sheila Kerr on a webinar “Patient’s Experiences of Engaging in Research,” found here: https://www.msfhr.org/ktconnects#Dance. 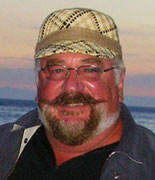 Gordon Whitehead
Gordon Whitehead was first diagnosed with Rheumatoid Arthritis in 1976. At that time, he was a serving diplomat in the Canadian Foreign Service and he found that confronting and treating his disease proved particularly challenging when moving to and from places such as Islamabad, New Delhi, London, Bonn, Warsaw and other locales where treatments were sometimes inaccessible or at a remove from Canadian norms. He served in a wide variety of positions in External Affairs, latterly that of Director of Programmes for Europe, which embraced responsibility for Canadian academic, cultural and scientific exchanges with Western and Eastern Europe. He was also on the official Canadian Delegations to formal meetings on Cultural Exchanges and Human Rights, held under the auspices of the Helsinki Accords.

A native of British Columbia, Gordon moved back to the Province when he became Director of Immigration Policy for the Government of BC in 1992. In 1994, he was appointed as a judge on the Immigration and Refugee Board in Vancouver, a position he retired from in 2002.

Because of career demands and a peripatetic lifestyle, Gordon is a late entrant to the domain of volunteer work and arthritis advocacy. In 2003, he joined "Patient Partners in Arthritis"—an organisation that does demonstrations of musculoskeletal examinations to health care providers and he is now Vancouver Site Co-Coordinator for that organisation. He has since become a member of CAPA (Canadian Arthritis Patient Alliance) and he is now the co-chair of the Alliance for the Canadian Arthritis Program, a group of over 20 arthritis organizations and stakeholders working together to implement 12 Standards for Arthritis Prevention and Care.

Gordon believes strongly that we Canadians have both the collective will and the capacity to make the Canadian Health Care system the best and most responsive in the world for persons afflicted with arthritis and other chronic conditions.