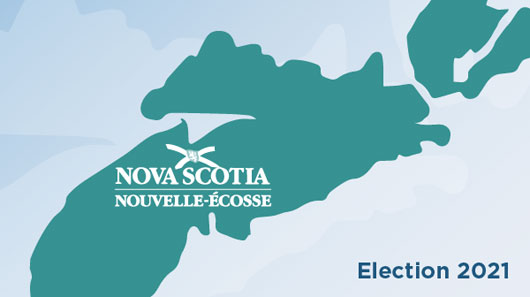 The general election in Nova Scotia is scheduled for Tuesday, August 17, 2021.

The more than 210,000 Nova Scotia residents living with arthritis represent one of the largest chronic disease populations in the province, yet no standardized model of arthritis care is available. This is particularly pronounced outside of Halifax. Where you live can be more important in determining treatment than how sick or disabled you are.

Arthritis is also the leading cause of disability and work disability in Nova Scotia. About a quarter of the province’s residents living with arthritis between 20 to 54 years of age were not in the labour force because of their arthritis. The economic burden of arthritis is expected to double within a generation and strain the Nova Scotia health system’s ability to provide quality care to patients with arthritis.

And that’s why, it is so important your arthritis voice is heard in the upcoming Nova Scotia provincial election on August 17, 2021.

To help you with your voting decision, here is an outline of the party platform positions on healthcare, which has been a key issue in the campaign.

Here’s where to find what the parties have promised when it comes to healthcare: Voting safely during COVID-19

Elections Nova Scotia has taken steps to ensure the election is safe for voters, candidates and election workers.

There are several options available to voters in the province:

Advance polls are also open for voting immediately before the election until Saturday, Aug. 15.

The option to vote in person on election day is also available to people who were not already issued a write-in ballot.

If you're unsure of where you should cast your ballot, look up your address on the Elections Nova Scotia website to find your designated polling station.

There are other ways to find out where to vote: What do you need to bring?

Ideally, bring your voter information card and a piece of government-issued identification that has your name, photo and address, such as a driver's licence.

A driver's licence on its own will suffice, but it will just take a little longer to vote. You could also bring two documents that show your name, including one that also has your address. Examples of acceptable documents are your voter information card, health card, a social insurance card or a telephone or power bill. If you don't have the proper documentation, you can take an oath to say who you are and where you live.

A pencil will be issued to each voter for marking their ballot, but Elections Nova Scotia is suggesting that people have their own pen with them in case they need to fill out a form.
Subscribe to receive
JointHealth™ express
breaking news on arthritis
and
JointHealth™ insight
online/print newsletter