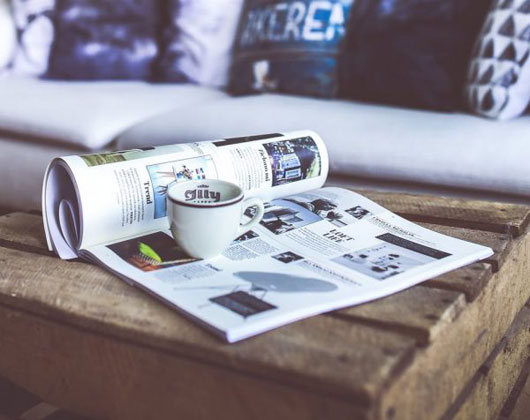 The EULAR Annual Scientific Meeting was held for the second consecutive year virtually where presentations were presented online featuring the latest research, clinical updates about the practice of rheumatology around the world. The meeting provided a combination of recorded and live presentations and discussions. This year’s program included more than 170 sessions held across 123 different virtual rooms over four days. Here are some of the key presentations from this year’s meeting.

Elderly people with rheumatoid arthritis (RA) are generally at increased risk of serious infections. German researchers presented study findings* assessing the effects of newer classes of drugs such as biologic disease-modifying anti-rheumatic drugs (bDMARDs or biologics) and Janus kinase inhibitors (JAK) on the risk of serious infections in elderly people with RA (above 70 years of age).

*Strangfeld A, et al. Elderly patients are not at increased risk of serious infections when receiving bDMARDs or JAK inhibitors compared to csDMARD treatment. Presented at EULAR 2021; abstract OP0116.

**Conventional synthetic DMARDs include traditional medications such as methotrexate, sulfasalazine, leflunomide, hydroxychloroquine, gold, salts and others.

Uveitis is an inflammation of the eye and is a common extra-articular manifestation associated with juvenile idiopathic arthritis (JIA). It can cause vision-threatening complications, and if left uncontrolled may even lead to blindness.

German researchers presented a study* at the 2021 EULAR annual meeting that analyzed risk of uveitis after discontinuing disease-modifying antirheumatic drugs (DMARD) in children with JIA.

This is the first prospective study** to look at the risk of uveitis after DMARD withdrawal. The findings show uveitis relapses are common. Patients who stop DMARD therapy are at high risk for uveitis within the first 3–24 months after discontinuation. Researchers recommended that rheumatologists and ophthalmologists should be aware about this risk, which should lead to regular uveitis screening after DMARD withdrawal.

**A prospective study watches for outcomes, such as the development of a disease, during the study period and relates this to other factors such as suspected risk.

There is increasing evidence that environmental air pollution is associated with people developing inflammatory arthritis. At the 2021 EULAR annual meeting, a large population-based study of French women reports passive exposure to smoking during childhood or adulthood increases the risk of developing rheumatoid arthritis (RA). A second study in Italy found that air pollution also has an impact – with air pollution levels showing an association with failure of biologic therapy.

When the authors looked at passive smoking in adulthood, there was also a positive risk association in the whole population. But when analysed again by individual smoking status, the association with increased RA risk was only among never-smoking women, not those who had ever themselves been a smoker.

These results suggest that smoking by-products – whether actively or passively inhaled – could generate autoimmunity, at least towards antigens** involved in the development of a person’s RA disease.

In another presentation, examining another link between the lungs and inflammatory arthritis, researchers looked at the association between concentration of air pollutants and response to biologic drug treatment in people with chronic inflammatory arthritis living in the Verona area of Italy.***

Air pollutants concentrations were higher before a switch or swap due to drug inefficacy. The authors concluded that environmental air pollution was a determinant of poor response to biologic treatment. Interventions to decrease fossil fuel combustion emissions might have beneficial effects on the persistence rate of biologic treatments in people with inflammatory arthritis.

**An antigen is any substance that causes your immune system to produce antibodies against it.

Delay to diagnosis in axial spondyloarthritis

Axial spondyloarthritis (axSpA) is a type of inflammatory arthritis affecting the back. Research shows an average delay of around 7 years – and up to 15 years in some cases – during which time the condition can progress and lead to irreversible damage. Data indicates that women wait longer than men for a diagnosis, and there has been very limited progress in reducing the time to diagnosis. This delay has a hugely detrimental impact on a person’s quality of life. Because the disease frequently has early onset, individuals are left untreated – or with incorrectly treated symptoms – at a formative period in their life course.

At the 2021 EULAR congress, Dr Dale Webb and colleagues from the Axial Spondyloarthritis International Federation (ASIF) reported the results of a full literature review and two virtual global forum events, involving patients and patient group representatives, researchers, rheumatologists, and other healthcare professionals.* The aim was to explore key diagnosis challenges across different healthcare systems, to better understand how the delays affect individuals and to identify opportunities for addressing these.

The findings from these activities were incorporated within a new ‘Delay to Diagnosis’ report, which details the lived experiences from a global perspective of the axSpA diagnosis delay. The report identified shared issues across different countries and healthcare systems contributing to the current average global 7-year diagnosis delay. These include: *Webb D, et al. The Unacceptable Delay to Diagnosis in Axial Spondyloarthritis; Developing a Call to Action for a Global Healthcare Challenge. Presented at EULAR 2021; abstract OP0275-PARE.

Two studies presented at the 2021 EULAR annual meeting show women with rheumatoid arthritis (RA) are at increased risks of adverse pregnancy outcomes, especially pre-term birth and babies small for gestational age; and, for the first time, show that the partners of men with inflammatory arthritis have a lower rate of live births, and are more likely to suffer a miscarriage.

In a second study, researchers looked at the pregnant partners of men with inflammatory arthritis to determine the relationship between paternal older age, sperm DNA integrity and certain genetic defects with worse pregnancy outcomes.***

This is the largest study to describe the pregnancy characteristics and outcomes of partners of men with inflammatory arthritis, and the first to demonstrate that paternal disease is associated with a higher risk of miscarriage. However, researchers cautioned the link between disease activity, type and timing of inflammatory arthritis medication treatment, and the risk of these outcomes remains unclear and needs further study.

**Conventional synthetic DMARDs include traditional medications such as methotrexate, sulfasalazine, leflunomide, hydroxychloroquine, gold, salts and others.

Decline in risk of dementia and heart failure in RA patients

Two studies from the Mayo clinic in the United States show a substantial decline in the risk of both dementia and heart failure in people with rheumatoid arthritis (RA) onset in the 2000s as compared to 1980s – coinciding with the introduction of biologic treatments for RA.

Researchers observed that further studies should investigate these associations, and look at the role of inflammation, autoimmunity, and inflammatory arthritis treatments in the risk of dementia and heart failure.