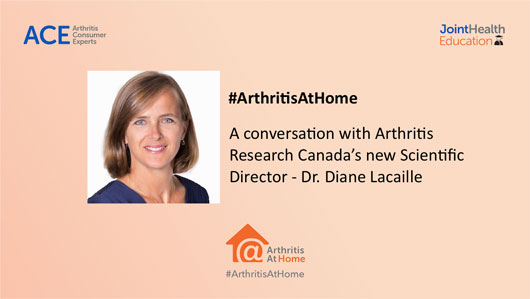 On this episode of Arthritis At Home, Kelly Lendvoy, ACE’s VP Communications & Public Affairs, has a conversation with Dr. Lacaille, a long-time senior scientist who has been with Arthritis Research Canada (ARC) since its founding in 1999 and officially assumed the role of scientific director on July 1, 2020. Dr. Lacaille discusses her new role and her vision for ARC, leading a team of world-class scientists dedicated to conducting vital research to reduce the burden of arthritis for more than 6 million Canadians.